With summer just around the corner the ice cream season is upon us! Just in time for it, a new line of vegan ice cream has hit stores in Sweden! We put three of Holly and Dan’s vegan ice cream flavours through the Banana Bloom taste test. 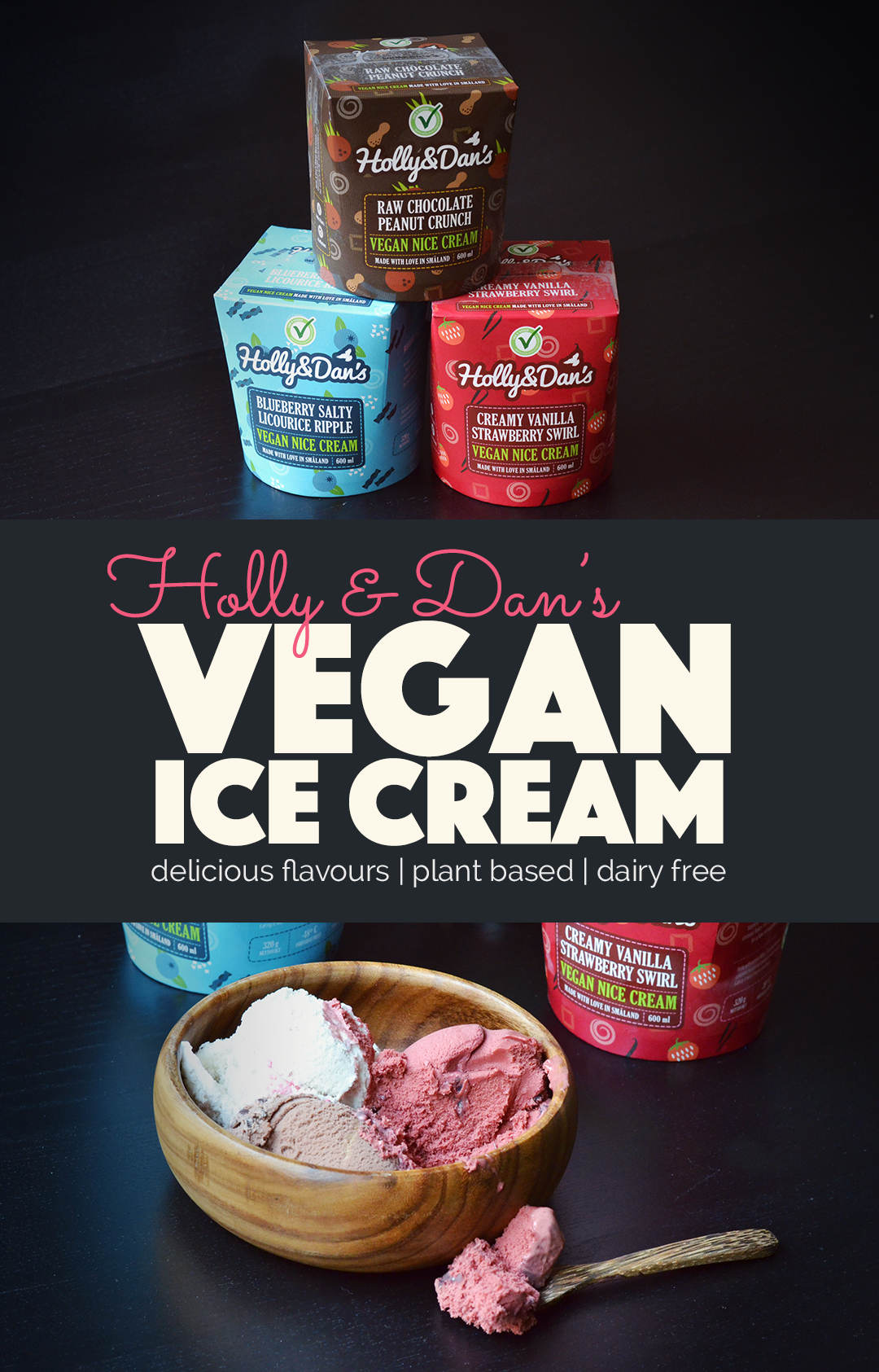 The thought of having to give up eating tasty stuff like ice cream might put some people off going vegan. Horrified at the thought of that you’ll have had your last lick of ice cream the day you go vegan, right? Put that worry out of your mind. Being vegan doesn’t mean you have to give up ice cream! 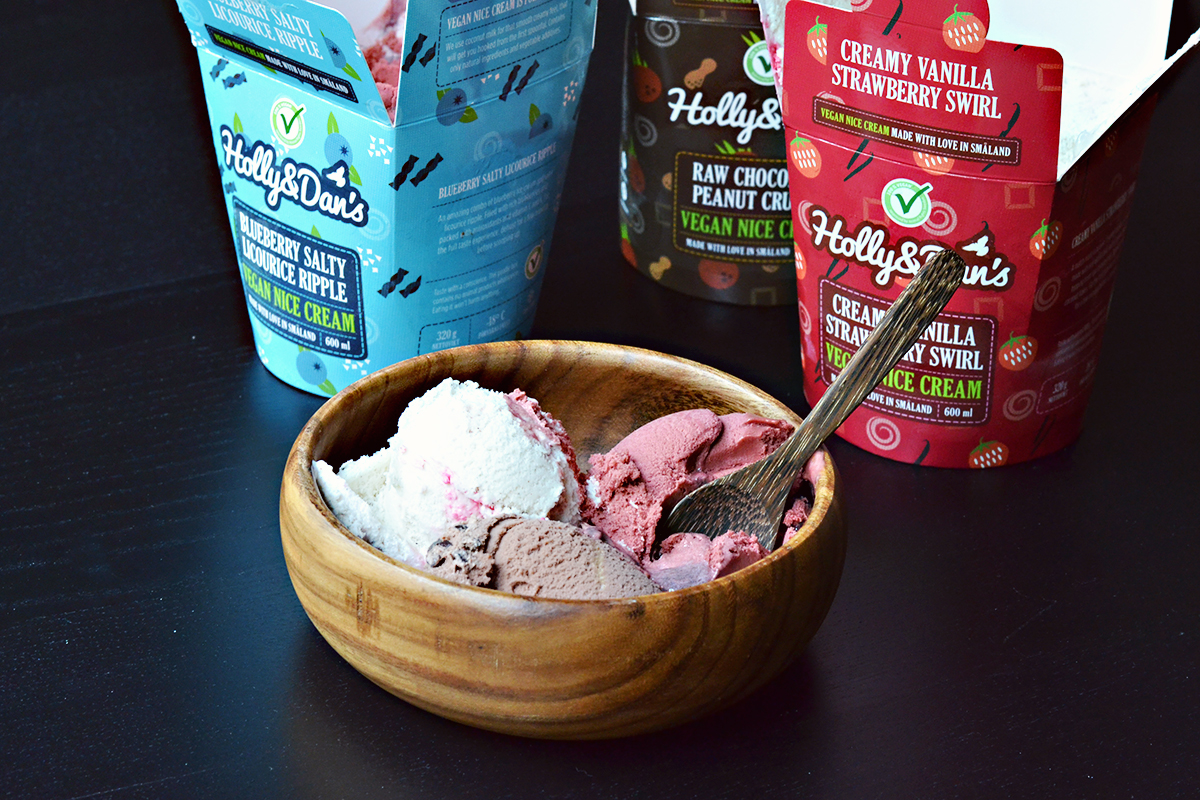 The market is absolutely bursting with vegan ice creams these days, and it just got a little more crowded now that Holly and Dan’s vegan ice cream moved in. You can totally be vegan and have your ice cream too!

Holly and Dan’s are taking their ice cream production to new levels this season with the launch of four vegan nice cream flavours. The base is made of coconut milk with natural flavours mixed and swirled into it. 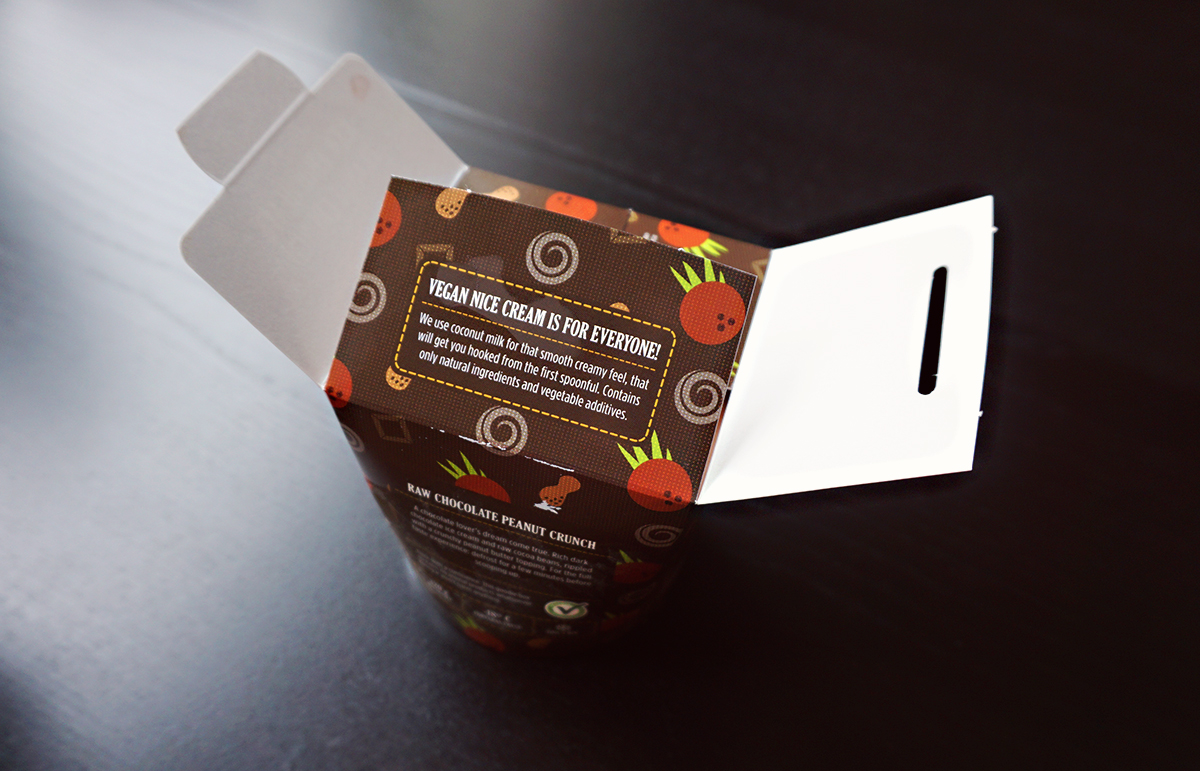 We put three of the flavours through the Banana Bloom taste test:

How were they? Read on to find out! 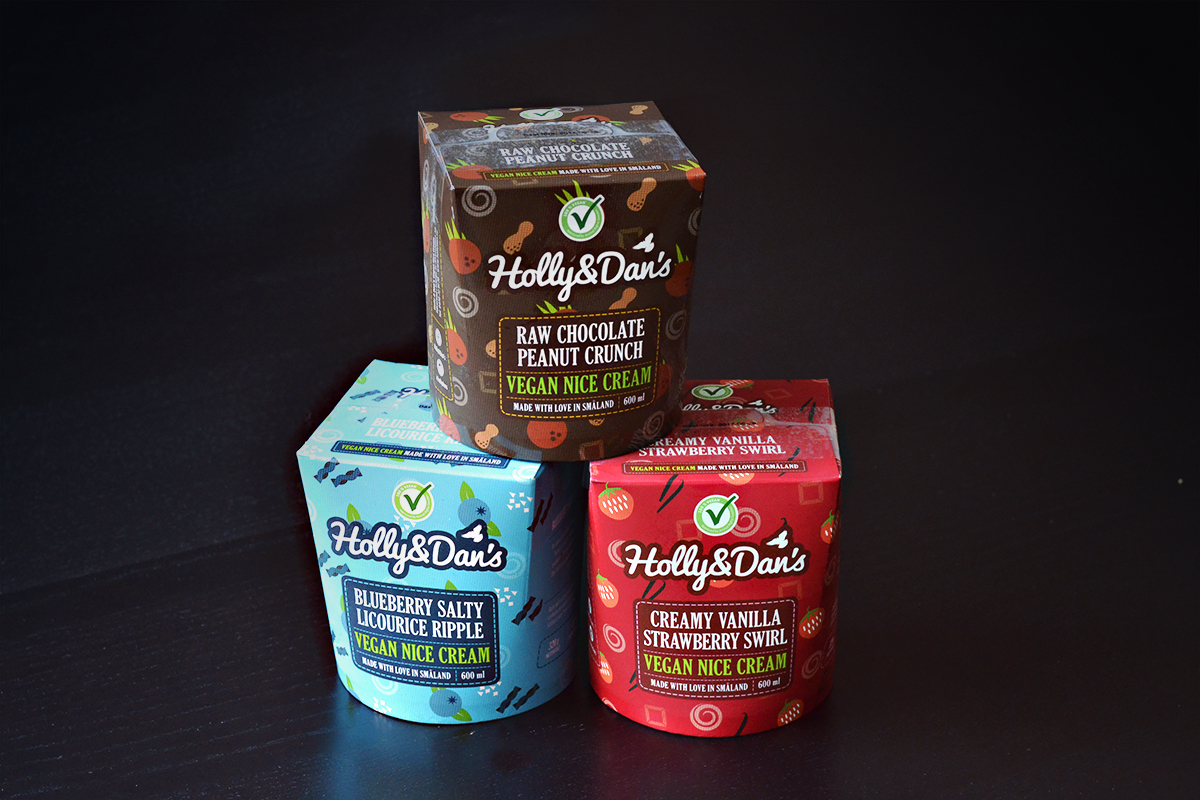 The packages are cute and invite to spooning straight out of the carton. The ice cream is creamy and soft even pulled right out of the coldest of freezers, no need to set these out to defrost. 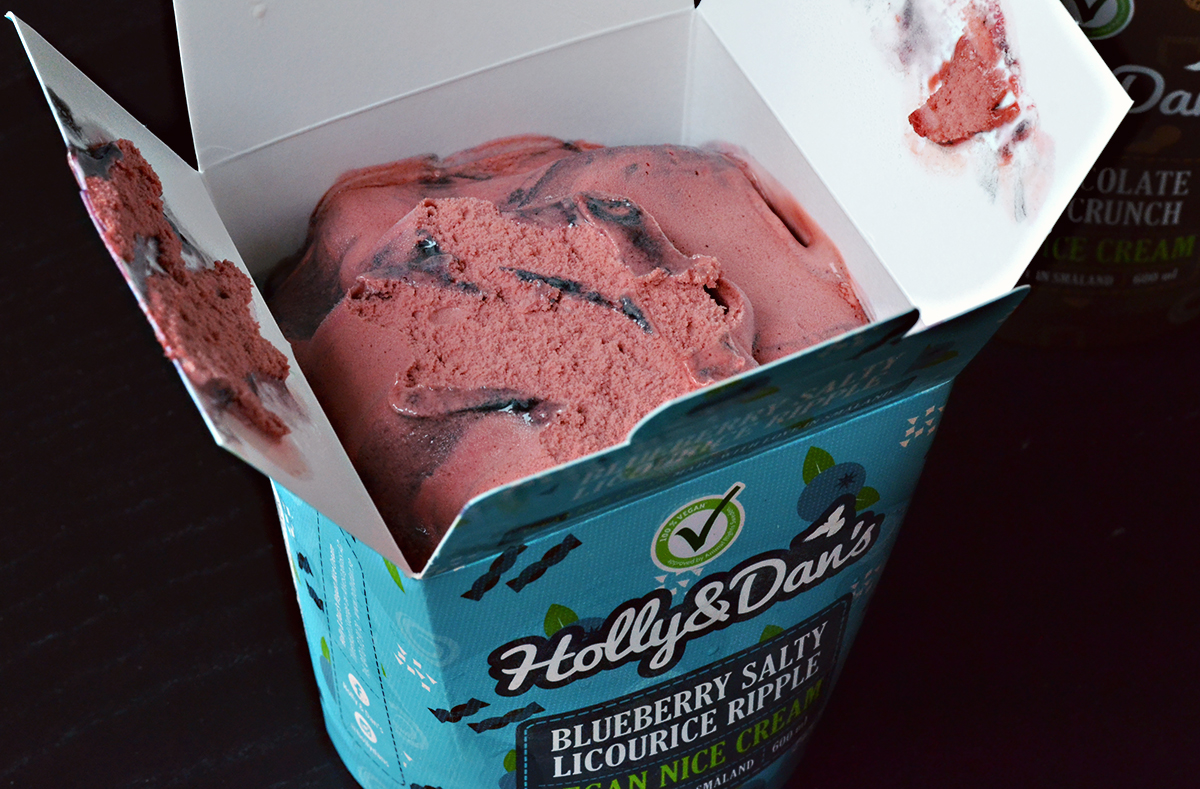 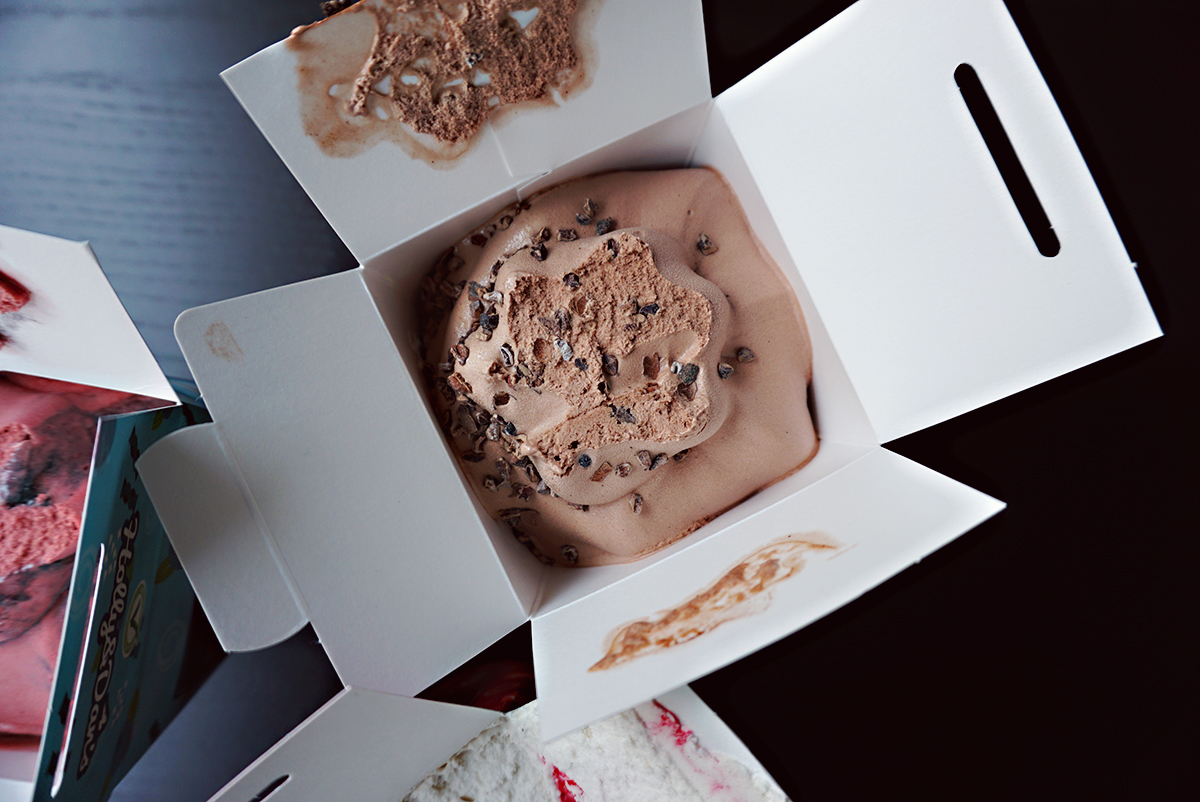 If you’re a fan of chocolate, then this one is definitely for you. The ice cream is super creamy with an undeniable chocolate taste, coupled with a hint of peanut butter (an added bonus if you ask me). As if the chocolate peanut butter combo wasn’t enough, this vegan ice cream is topped off with raw cacao nibs too, adding a lovely crunch to every bite. It’s a tasting experience in both flavour and texture. The perfect combination of delicious things, this one was a definite favourite! 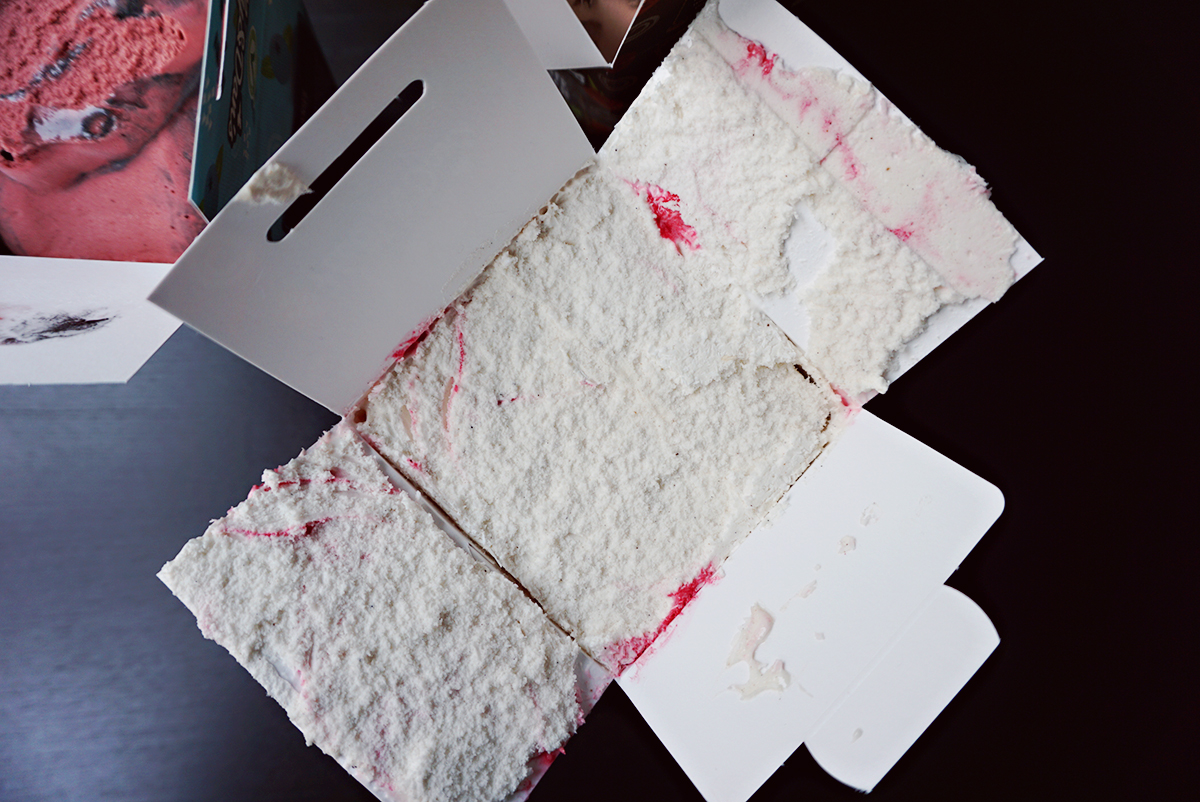 This melt in your mouth vanilla ice cream has a strawberry swirl twisting its way through the layers of vanilla. As with the blueberry liquorice flavour I think this one could definitely use a more generous amount of the strawberry swirl. Although this ice cream is super creamy, I also noticed it’s got little pieces of shredded coconut throughout, which adds a tiny bit of texture and bite to it. And as with the other flavours – no time needed to defrost this baby, it’s so melty you better dig right in!

Would we buy it again? 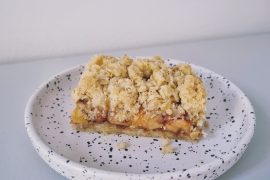